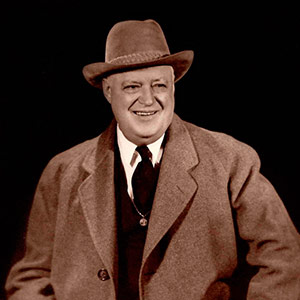 Founder of our Family Farm

H. Lloyd Miller was a successful businessman and pioneer of the Yakima Valley. Noting the potential for the valley to become one of the nation’s leading agricultural producers, he began acquiring dry farmland with the hopes that someday it would have access to water. Eventually, H. Lloyd became the chairman of the Roza Irrigation Canal Board, and he saw the project through to its completion in 1951. At that time, he was able to begin farming on his property and devoted the rest of his life to managing our family farm, which became known as Airport Ranch. 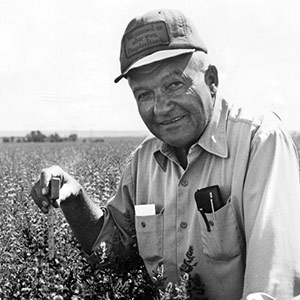 Founder of our Estate Vineyard

Don Miller, son of H. Lloyd, was born and raised in Sunnyside, Washington. During his junior year of college at Washington State University, Don enlisted in the military and was stationed overseas through the duration of World War II. Returning home, Don joined his father on the ranch in 1950 and helped develop a diversified farm consisting of asparagus, alfalfa, potatoes, onions, oats, hogs, cattle, mint, and sugar beets. In 1968, Don planted Riesling, Gewurztraminer, and Cabernet Sauvignon marking the early beginnings of our estate vineyard. 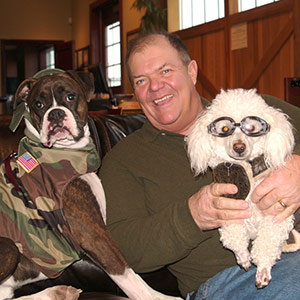 Mike Miller, son of Don Miller, was born and raised on the family farm. During the Vietnam War, Mike enlisted in the Navy and was stationed in Japan. Upon returning home, he graduated from Washington State University, married his wife Kristeen, and became the third generation to carry on the family’s farming legacy. Facing the demise of the sugar beet processing plants in 1978, but seeing a bright future with Washington’s Wine Grape Industry, Mike took grape growing to a whole new level. Mike gradually transitioned our farm into what it is today – 830 acres of wine grapes and 350 acres of Concord juice grapes. In 2005, Mike founded Airfield Estates Winery, and he brought his son, Marcus, and daughter, Lori, on board to help manage the daily operations. Airfield Estates Winery and Tasting Room in Prosser opened its doors in 2007, the Tasting Room in Woodinville opened in 2010, and after outgrowing the Prosser Winery, the Production Facility was relocated to our farm in 2014. The pride, passion, and enthusiasm that Mike expressed for our vineyard, grapes, and wine is something that we hope to share for generations to come.